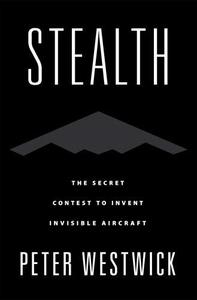 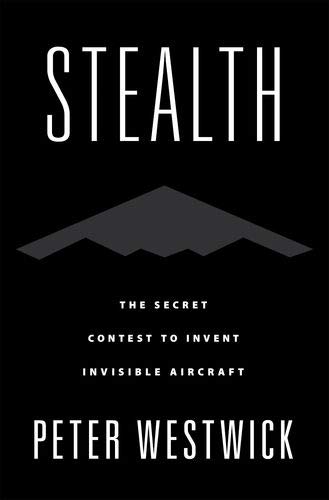 Stealth: The Secret Contest to Invent Invisible Aircraft by Peter Westwick
English | January 28, 2020 | ISBN: 0190677449 | EPUB | 272 pages | 2.5 MB
On a moonless night in January 1991, a dozen U.S. aircraft appeared in the skies over Baghdad. To the Iraqi air defenses, the planes seemed to come from nowhere. Their angular shape, making them look like flying origami, rendered them virtually undetectable. Each aircraft was more than 60 feet in length and with a wingspan of 40 feet, yet its radar footprint was the size of a ball bearing. Here was the first extensive combat application of Stealth technology. And it was devastating.

Peter Westwick's new book illuminates the story behind these aircraft, the F-117A, also known as the Stealth Fighter, and their close cousin the B-2, also known as the Stealth Bomber. The development of Stealth unfolded over decades. Radar has been in use since the 1930s and was essential to the Allies in World War Two, when American investment in radar exceeded that in the Manhattan Project. The atom bomb ended the war, conventional wisdom has it, but radar won it. That experience also raised a question: could a plane be developed that was invisible to radar? That question, and the seemingly impossible feat of physics and engineering behind it, took on increasing urgency during the Cold War, when the United States searched for a way both to defend its airspace and send a plane through Soviet skies undetected. Thus started the race for Stealth.

At heart, Stealth is a tale of not just two aircraft but the two aerospace companies that made them, Lockheed and Northrop, guided by contrasting philosophies and outsized personalities. Beginning in the 1970s, the two firms entered into a fierce competition, one with high financial stakes and conducted at the highest levels of secrecy in the Cold War. They approached the problem of Stealth from different perspectives, one that pitted aeronautical designers against electrical engineers, those who relied on intuition against those who pursued computer algorithms. The two different approaches manifested in two very different solutions to Stealth, clearly evident in the aircraft themselves: the F-117 composed of flat facets, the B-2 of curves. For all their differences, Lockheed and Northrop were located twenty miles apart in the aerospace suburbs of Los Angeles, not far from Disneyland. This was no coincidence. The creative culture of postwar Southern California-unorthodox, ambitious, and future-oriented-played a key role in Stealth.

Combining nail-biting narrative, incisive explanation of the science and technology involved, and indelible portraits of unforgettable characters, Stealth immerses readers in the story of an innovation with revolutionary implications for modern warfare.