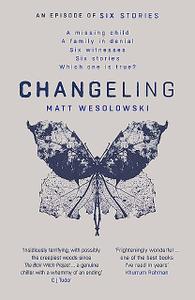 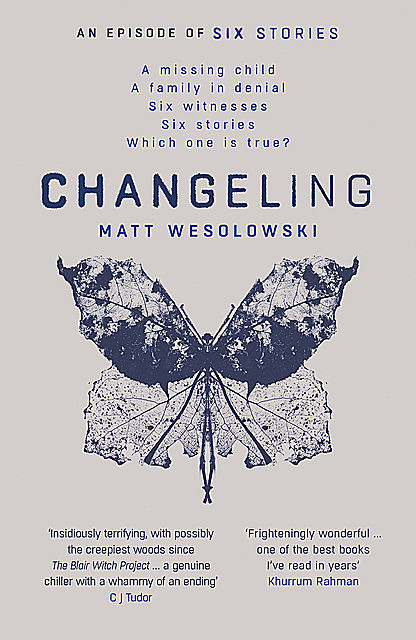 Elusive online journalist Scott King investigates another cold case — the disappearance of a seven-year-old boy from his father’s car on Christmas Eve — in an intensely dark, deeply chilling and searingly thought-provoking thriller, in another episode of Six Stories.***LONGLISTED for the Theakston Old Peculier Crime Novel of the Year******SHORTLISTED for Best Thriller at the Amazon Publishing Readers’ Awards 2019******SHORTLISTED for Best Independent Voice at the Amazon Publishing Readers’ Awards 2019***‘Insidiously terrifying, with possibly the creepiest woods since The Blair Witch Project … a genuine chiller with a whammy of an ending’ C J Tudor‘Frighteningly wonderful … one of the best books I’ve read in years’ Khurrum Rahman’A creepy, chilling read that is ridiculously difficult to put down’ Luca Veste________________A missing childA family in denialSix witnessesSix storiesWhich one is true?On Christmas Eve in 1988, seven-year-old Alfie Marsden vanished in the dark Wentshire Forest Pass, when his father, Sorrel, stopped the car to investigate a mysterious knocking sound. No trace of the child, nor his remains, have ever been found. Alfie Marsden was declared officially dead in 1995.Elusive online journalist, Scott King, whose ‘Six Stories’ podcasts have become an internet sensation, investigates the disappearance, interviewing six witnesses, including Sorrel and his ex-partner, to try to find out what really happened that fateful night. Journeying through the trees of the Wentshire Forest — a place synonymous with strange sightings, and tales of hidden folk who dwell there, he talks to a company that tried and failed to build a development in the forest, and a psychic who claims to know what happened to the little boy…Intensely dark, deeply chilling and searingly thought provoking, Changeling is an up-to-the-minute, startling thriller, taking you to places you will never, ever forget________________Praise for the Six Stories series‘Matt Wesolowski brilliantly depicts a desperate and disturbed corner of north-east England in which paranoia reigns and goodness is thwarted … an exceptional storyteller' Andrew Michael Hurley‘Beautifully written, smart, compassionate — and scary as hell. Matt Wesolowski is one of the most exciting and original voices in crime fiction’ Alex North‘Endlessly inventive and with literary thrills a-plenty, Matt Wesolowski is boldly carving his own uniquely dark niche in fiction’ Benjamin Myers‘Disturbing, compelling and atmospheric, it will terrify and enthral you in equal measure’ M W Craven’First-class plotting’ S Magazine‘A dazzling fictional mystery’ Foreword Reviews‘Readers of Kathleen Barber’s Are You Sleeping and fans of Ruth Ware will enjoy this slim but compelling novel’ Booklist‘Bold, clever and genuinely chilling’Deidre O’Brien, Sunday Mirror‘A genuine genre-bending debut’ Carla McKay, Daily Mail'Impeccably crafted and gripping from start to finish’ Doug Johnstone, The Big Issue‘The very epitome of a must-read’ Heat‘Wonderfully horrifying … the suspense crackles’ James Oswald‘Original, inventive and dazzlingly clever’ Fiona Cummins‘Haunting, horrifying, and heartrending. Fans of Arthur Machen, whose unsettling tale The White People provides an epigraph, will want to check this one out’ Publishers Weekly