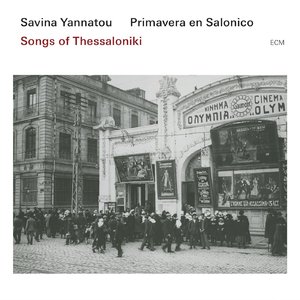 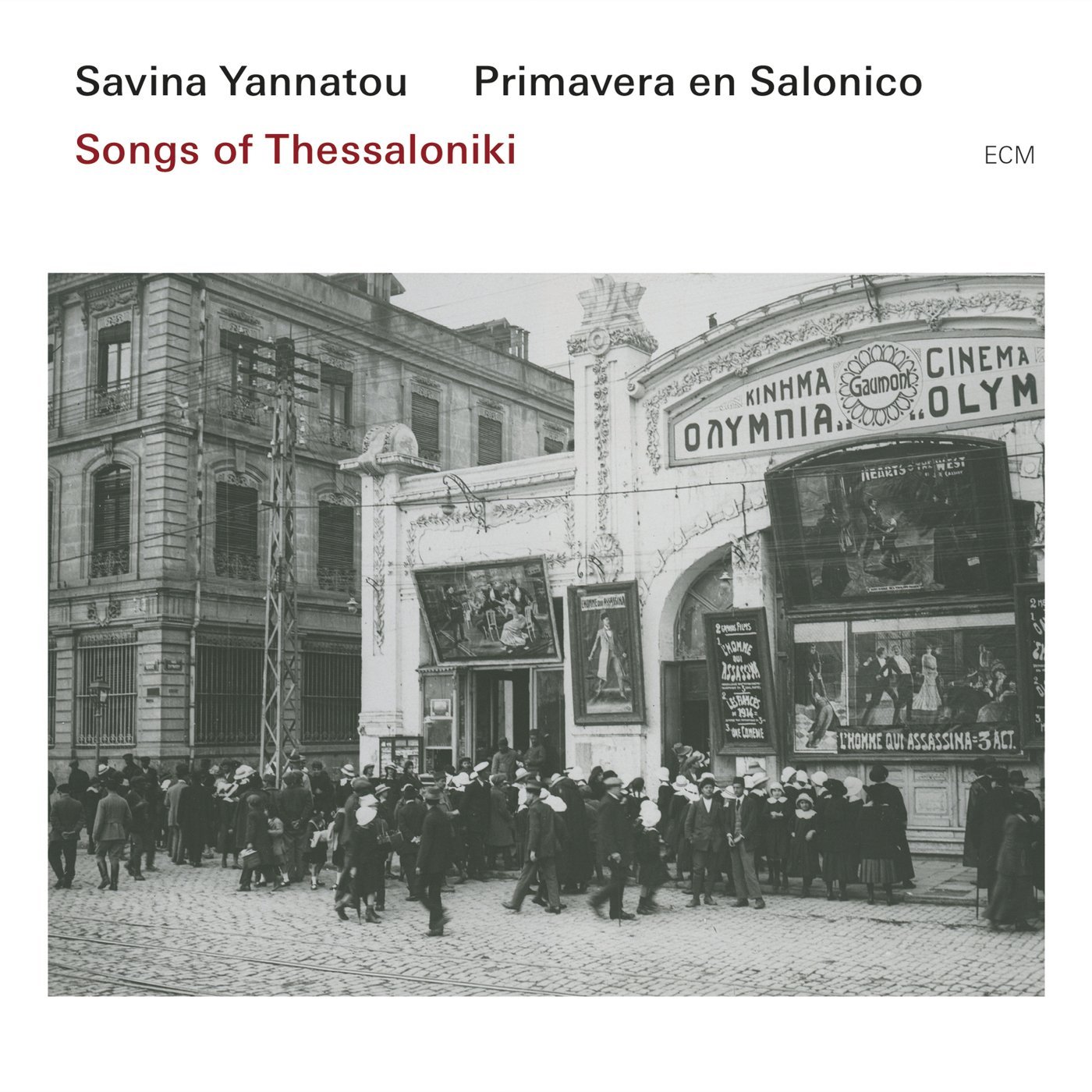 Savina Yannatou's fourth ECM album is a dazzling evocation of her band's hometown, plunging deep into its rich and complex history. Once known colloquially as the Jerusalem of the Balkans, Thessaloniki has been home to a host of cultures, religions and ethnic communities. Greeks, Jews, Turks, Bulgarians, Serbs, Armenians, Slav-Macedonians and Pontiac Greeks have shared the city's diverse life. Yannatou gives all of them a voice, even casting an Irish song about Salonika into this multi-lingual programme in which she shines as a unique interpreter and spokeswoman for the city's ghosts. As ever, Primavera en Salonico are a delight, one of the most resourceful bands of any idiom, as they negotiate the inspired - and very varied - arrangements of Kostas Vomvolos.

The title of Savina Yannatou's fourth ECM album seems simple enough. The old city is home to the singer and her virtuoso band, Primavera en Salonico. But this 17-track set is far more than a collection of songs from a particular place – especially one as socially complex as Thessaloniki. Historically, it drew travelers, immigrants and refugees of many creeds, cultures and religions: Sephardic Jews (at one time its biggest population), Turks, Pontiac Greeks, Armenians, Serbs, Bulgarians, even Northern Europeans. It flowered in the late 19th and early 20th century, as many religions and cultures lived in relative harmony until near the end of the First World War. This music reflects the transcultural past and their influence upon the present. Yannatou and Primavera en Salonico, under the direction of multi-instrumentalist /arranger Kostas Vomvolos, remake and remodel them – sometimes minimally, sometimes radically, always soulfully – in their own image. Album opener "Apolytikion Agiou Dimitriou" is a Byzantine-era Greek hymn to the city's patron Saint Dimitrios rendered with haunting reverence amid droning accordion and bowed bass; it is reprised as an instrumental as a bookend. The Sephardic "A la scola del Alianza" with flute, accordion, and nylon string guitar adorns Yannatou's singing. She has always refused fashionable, disciplined classicism in favor of an unaffected roots style that gives her freedom to improvise and uncover tones, rhythms and phrasing otherwise hidden in melody. The traditional Pontiac Greek song, "The Patrida Mou Ehasa," is reshaped to include Middle Eastern modes; oud, ney and percussion layer an extra dimension onto its contemporary lyric while retaining the core of its original melody. The gorgeous ""Iptidadan Yol Sorarsan," is a Turkish Sufi hymn about the Prophet Muhammad's son-in-law, while "Calin Davullari," a Turkish folk song, is delivered almost straight with slight instrumental embellishments. "La Cantigua del Fuego" is about the fire of 1917 that destroyed the center of the city. It commences rapidly, in whispered, terrified spoken lines atop urgently plucked oud and violin. Eventually a Sephardic melody mournfully asserts itself from the ashes, revealing how much has been lost. Elsewhere on the album, improvisation and gently dissonant tonalities entwine with traditional frameworks, as in the Bulgarian song "Dimo Is Solun Heshe" and the two remebetika songs "To Yelekaki" and "Yedi Kule." "To Salonica" is an Irish folk song that relates the aftermath of WWI's toll on Thessaloniki. Yannatou sings in English, with a Weimar cabaret lilt, underscoring the poignancy in the lyric. The Greek "Poulakin Eiha Se Klouvi" is delivered as a near modal blues, while the Kosovo-Serbian hymn "Jelena Solun Devojko" mirrors the feel with trilling accordion drones, groaning violin, and elliptical percussion, before it transforms into a slow, sacred dance. Songs of Thessaloniki is a tribute but it is also an extension of history. Yannatou and Primavera en Salonico made room for the ghost shadows of the musical and cultural past to echo, reverberate and inform their present.

Thanks to the Original customer!