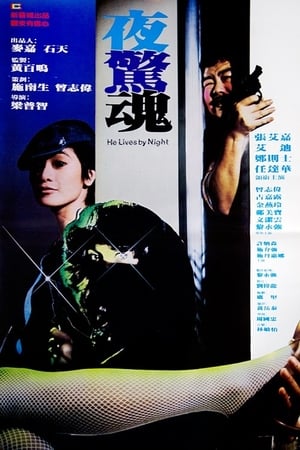 He Lives by Night (1982)
A happily married graphic designer discovers his wife's adultery with a man who dresses up in woman's white fish-net stockings. He is shocked into killing them and starts on a rampage murder. He looms at night under the disguise of a woman with an urge to kill whenever he sees a woman wearing white fish-net stockings. After killing several innocent victims, he zeroes in on a female disc jockey who hosts a midnight to dawn radio show.
Romance Comedy Horror