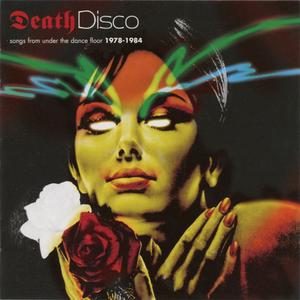 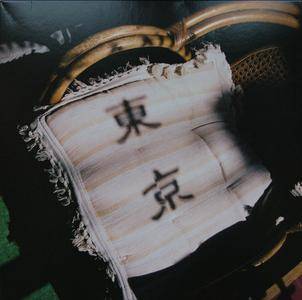 At mule musiq, we’ve focused on shining light on the many aspects of what electronic music can be, putting out house, techno and ambient releases on our main label, while releasing alternative-leaning dance music through our endless flight imprint. But with the launch of our new label, studio mule, we are stepping away from electronic club music for a bit. The label will not be tied to a specific genre, as we will instead focus on releasing any kind of music that we feel is a little bit different and interesting, but somehow make sense in this day and age. For our first batch of releases, we will be focusing on Japanese music. 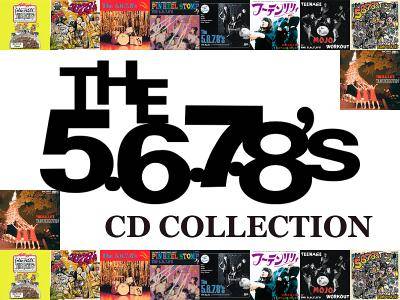 The 5.6.7.8's are an all-female Japanese garage rock trio, whose music is reminiscent of American surf music, rockabilly and garage rock. While their biggest international exposure was a cameo in the Tarantino flick Kill Bill, 5.6.7.8's are much more than one-hit wonders, bearing the proud distinction of being the prime and longest-enduring Japanese garage rock girl band. Featuring a revolving cast of musicians (only one of them ever being a boy) and possessing small but loyal fanbases in countries from China to the United States. The group have so named themselves because they play music reminiscent of 1950s, '60s, '70s, and '80s rock. Currently this CD Collection includes 9 CDs. 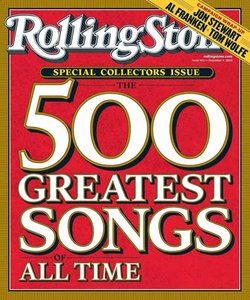 Rolling Stone Magazine's Top 500 Songs Of All Time (2004) [Unofficial compilation]
FLAC (tracks) w/o CUEs & Logs -> 11,74 GB | Over than 31 hours of Music | MP3 CBR 320 Kbps -> 4,22 GB
Rolling Stone Magazine released a list of "500 Greatest Songs of All Time" in November 2004. It represents an eclectic mix of music spanning the past 50 years, and contains a wide variety of artists sharing the spotlight. The Rolling Stone 500 was compiled by 172 voters comprised of rock artists and well-known rock music experts, who submitted ranked lists of their favorite 50 Rock & Roll/Pop music songs. The songs were then tallied to create the 500 Greatest Songs of All Time.
Details

The Queers are an American Punk Rock band formed in 1982, in Portsmouth, New Hampshire. The Queers play pop punk as it was originally intended. Raw, fast with infectious beats and catchy, light lyrics. Technically, they play a Ramones-derived style of Punk Rock. Much like the Ramones, common lyrical themes are girls, idiots, alcohol and having fun. Musically the band deviates slightly from the driving rhythm guitar sound of the Ramones and intensify their songs with bubblegum vocal harmonies, handclaps, keyboards and melodic guitar solos. Their style a multiple times has been described as "The Ramones meets The Beach Boys". The band also well known for the variety of cover versions they include on their records and in live appearances. Consistently touring the USA, Europe, Japan and Australia the Queers have gained a large cult following in the punk underground. Today, The Queers have remains the last active group from the "Holy Trinity of Old School Pop Punk"…

I got rock 'n' roll, to save me from the gold
And if that's all there is, it ain't so bad

Motörhead, is a long-lived and iconic British heavy metal band formed in 1975 by former roadie for Jimi Hendrix, bassist, singer and songwriter Ian "Lemmy" Kilmister. They are widely recognized as progenitors of thrash & speed metal, a fusion of heavy metal and what was soon to become hardcore punk. Consequently they influenced countless rock, punk rock, and heavy metal bands that followed. Usually a power trio, Motörhead had particular success in the early 1980s with several successful singles in the UK Top 40 chart. The albums Overkill, its follow on, Bomber, Ace of Spades, and particularly No Sleep ‘til Hammersmith, cemented Motörhead’s reputation as one of Britain’s foremost heavy metal groups. While Motörhead are typically classified as heavy metal, speed metal or thrash metal (and often regarded as a foundational influence on the latter two styles); Lemmy dislikes such labels, preferring to describe the band’s music simply as “Rock and Roll”…

Current discussions (in the comments):
• Outdated

(In the 11 months since the User Guide was created not even one single user was willing to write an article for it. I guess I will delete it around May 2007 when Publisher Guide is updated.)

Current discussions (in the comments):

(Will be exchanged with a new version around May 2007)

More than
233
albums posted at the moment… Direct Links to all of them … Just look inside… !!!