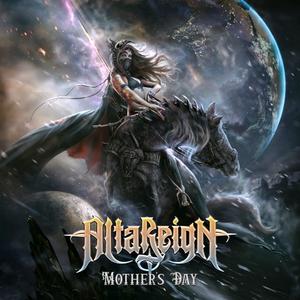 Jeff Plate has joined forces with TSO keyboardist Jane Mangini and some amazing new talent to form his "years in the making" band Alta Reign. Plate and Mangini, along with Tommy Cook (guitars/lead vocals), Collin Holloway (guitars/lead vocals), Kevin McCarthy (bass, vocals) and Zach Hamilton (keyboards, guitars/vocals), will be releasing Alta Reign’s debut album "Mother’s Day" on January 8, 2021 via Rat Pak Records. The album is a reflection of dedication as the initial idea spawned 30 years ago and ended in 2020 with the album now being released in 2021. States drummer Jeff Plate, “Beginning in a rehearsal room in Rockland, Ma. 30 years ago and ending in this insane year of 2020, "Mother’s Day" is the end result of years of writing, listening, learning, planning and waiting for the right moment to put this all together. Everyone involved has been the perfect combination of effort and talent to complete the ideas and songs that have been kicking around in my head for years. I could not be prouder to share this album with the world, this is Alta Reign.”