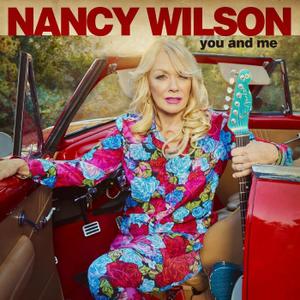 With her band Heart, Nancy Wilson has recorded 16 albums and sold over 35 million albums worldwide. Within that history-making career, You and Me represents something special, as it is Nancy Wilson’s very first solo studio album. 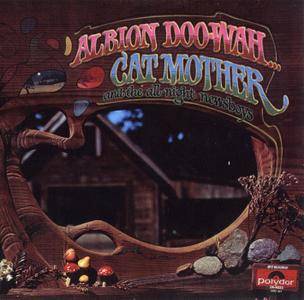 After the success of their Jimi Hendrix-produced debut album The Street Giveth…and the Street Taketh Away (also available from Real Gone) and its hit “Good Old Rock ‘N’ Roll,” the members of Cat Mother repaired to their Woodstock cabin (pictured in the album gatefold reproduced here) and started writing songs for Albion Doo-Wah. The record had much more pastoral, country feel to it, no doubt in part due to the replacement of Charlie Chin by multi-instrumentalist folkie Jay Ungar, who also brought several songs to the group. But there was definitely something in the air in the late’-60s/early ‘70s Woodstock scene; Albion Doo-Wah has several scoops of that timeless, Americana-laced Basement Tapes/Music from Big Pink fairy dust. CD debut, and one long, long requested by the band’s fans, with a gorgeous remastering job by Maria Triana at Battery Studios. 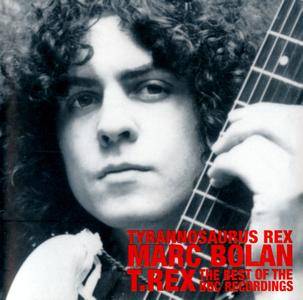 Marc Bolan & T.Rex - The Best Of The BBC Recordings (2008)
EAC | WavPack | Image (Cue&Log) ~ 289 Mb | Mp3 (CBR320) ~ 161 Mb | Scans included
Rock, Glam-Rock, Rock & Roll | Label: Polydor | # 5307590 | Time: 01:02:34
2008 archive release featuring the best of Marc Bolan and T. Rex's recordings for the BBC. If there's one artist whose success can be almost directly attributed to support from the BBC, it's Marc Bolan. His initial success was unquestionably down to the close friendship he had forged with John Peel, who had Bolan on his show on countless occasions recording sessions, reading poetry, even singing Christmas carols. On his last Radio London show before the station was shut down Peel played no less than six Bolan recordings. This single disc set is the best of the BBC recordings, taken from the three CD retrospective released in 2006. 24 tracks including 'Telegram Sam', 'Ride A White Swan', 'Debora' and more.
Marc Bolan Marc Bolan & T. Rex Rock Glam-Rock Rock & Roll Classic Rock Glam Glam Rock Compilation Lossless WavPack MP3 CD-Rip + Scans
Details 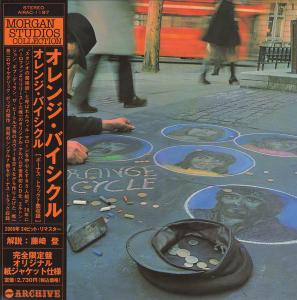 A somewhat late-in-the-day attempt at psychedelic pop, this album does have a few advantages, mostly in the way it's executed - for starters, it isn't as wimpy as a lot of U.K. psychedelic pop was during this period; Orange Bicycle plays hard and generates a fairly hard sound, despite their pop orientation, the wattage turned up fairly high and the vocals pretty intense. The album is top-heavy with outside songwriting, Elton John, Bob Dylan, and Denny Laine all playing prominent roles as composers, with Laine giving the group perhaps their best moment with his "Say You Don't Mind", where they even sound a little bit like the original (Roy Wood-era) Electric Light Orchestra. 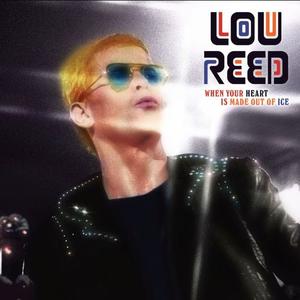 Lou Reed - When Your Heart is Made out of Ice (2020)
FLAC tracks / MP3 320 kbps | 1:23:50 | 183 / 371 Mb
Genre: Rock, Pop Rock, Art Rock, Alternative / Label: Easy Action
Like all major figures of a genre, Lou Reed was a genre of his own. A rather complex being. Has an oversized ego. But to the certain genius… There was first this Velvet Underground, more influential in the last twenty years than in its time at the end of the 60s. This first banana album produced by Andy Warhol, now considered one of the greatest records in history and which sold only a handful of copies on its release in 1967… Then this solo career which, although uneven, will leave among the most beautiful songs in the history of popular music of the twentieth century. Lou Reed was a voice. An almost spoken song.
2020 Lou Reed FLAC Lossless MP3 English Any Rock Classic Rock Pop Rock Pop Alternative Rock
Details 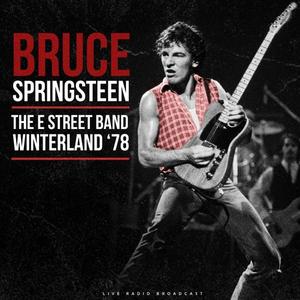 Bruce Springsteen & The E Street Band - Winterland '78 (2021)
MP3 320 kbps | 3:07:28 | 435 Mb
Genre: Rock / Label: Cult Legends
Bruce Springsteen once said he intended to make an album with words like Bob Dylan that sounded like Phil Spector where he sang like Roy Orbison, a nifty summary of many, but not all, of his artistic ambitions and a key to his appeal. Unlike any of the other singer/songwriters saddled with the appellation of "the new Dylan" in the early '70s, Springsteen never hid how he was raised on '60s AM radio. He loved rock & roll, whether it was the initial blast from the '50s or the mini-symphonies from the days before the Beatles or the garage rockers that surfaced in the wake of the British Invasion, and all this could be heard within his wild, wooly collective the E Street Band, a group who debuted on his second album, 1973's The Wild The Innocent & The E Street Shuffle, and who would support him through most of his career.
2020 2021 Bruce Springsteen MP3 English Any Pop Pop Rock Blues Rock Classic Rock Rock
Details 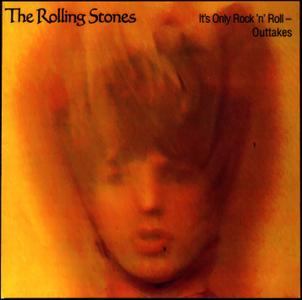 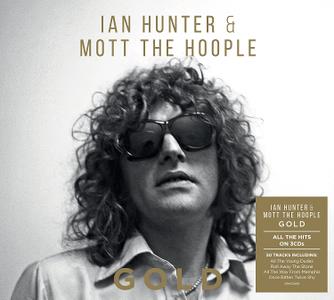 Ian Hunter & Mott The Hoople - Gold (3CD, 2021)
MP3 320 kbps | 3:31:09 | 449 Mb
Genre: Classic Rock, Rock / Label: Crimson
Crimson Gold presents Ian Hunter & Mott the Hoople 'Gold'. Led by singer-songwriter Ian Hunter, Mott the Hoople burst on to the seventies rock scene with classic tracks such as 'all the young dudes', 'roll away the Stone' And 'all the way from Memphis'. This new essential compilation features the very best of Mott the Hoople alongside classic tracks from Ian Hunter's solo albums across 3 CDs, plus an exclusive introduction from Mott and Hunter biographer, Campbell devine. 'Gold' Contains a total of sixteen UK and us singles. Cd 1 opens with the David Bowie penned 'all the young dudes' From 1972. The song shot to #3 in the UK singles chart and has been acclaimed as a timeless rock anthem. Other classic Mott the Hoople tracks on this disc include the top ten hits 'all the way from Memphis' And 'roll away the Stone'. Cd 2 features more hits including 'the golden age of rock & roll', 'Saturday gigss', 'Foxy, Foxy' And 'once bitten, twice shy'. Cd 3 rounds off this definitive collection with fan favourite tracks from Ian Hunter's classic solo albums including 'All-American alien Boy', 'England rocks' And 'all of the good ones are taken'.
2020 2021 Ian Hunter & Mott The Hoople MP3 Box Set Box Sets Rock Classic Rock Pop Pop Rock English Any
Details 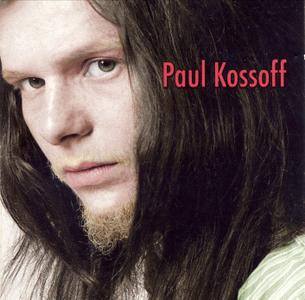 In the early '70s, Paul Kossoff was a much-heralded young guitarist from a much-heralded young rock band called Free. In a short period of time, Kossoff and his cohorts punched out some classic rock. A brief solo career followed for the inspired axeman, but his untimely death in 1976 from a drug-related heart attack put an end to the potential that his peers and fans were looking forward to seeing fully realized. All one can do is celebrate and enjoy what this stylistically unique and utterly precocious musician left behind, and this 17-track disc, which culls Kossoff's best work from both his days with Free and as a solo performer, is an excellent way to do just that. A player who made his name with unusual phrasings, brazen fills, and an intuitive use of sustained notes – and rarely going for fretboard-smoking speed – Kossoff had a prototypical signature sound. His ability to do the work of two guitarists – Free, for the most part, was a barebones guitar/bass/drums/singer outfit – was one of his greatest strengths and, despite a good deal of studio dubbing, you can hear it in places on this album. The best cuts are definitely the eight Free tracks, which include the raunchy "The Hunter," the good-time rock-blues of "Ride on a Pony," the dramatic "Fire and Water" and "Mr. Big," and the band's all-time classic, "All Right Now". 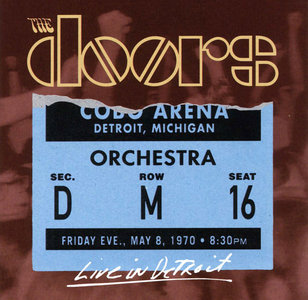 On May 8, 1970, Detroit's Cobo Hall was the setting for Live in Detroit, the first complete concert performance on the Doors' own Bright Midnight label… 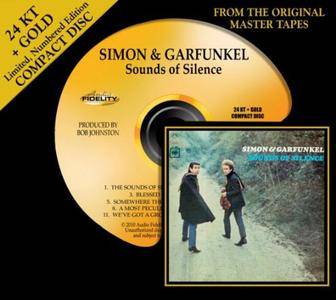 Simon & Garfunkel's second album, Sounds of Silence, was recorded 18 months after their debut long-player, Wednesday Morning, 3 AM – but even though the two albums shared one song (actually, one-and-a-half songs) in common, the sound here seemed a million miles away from the gentle harmonizing and unassuming acoustic accompaniment on the first record… 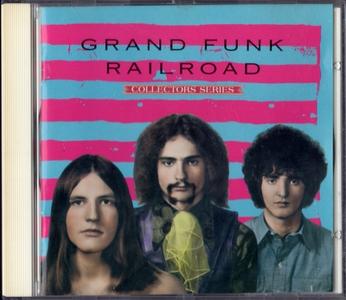 Grand Funk Railroad was, at best, a singles band, capable of turning a couple of crunching rockers and hooky singles out with each album. Though it may be missing a fan favorite or two – and that could mean something concise and catchy or meandering jams like "T.N.U.C." – this does have the overwhelming majority of their best songs, including not just hits like "We're an American Band" and "Some Kind of Wonderful," but also album tracks. Some longtime fans, like Homer Simpson, may find favorites missing, but this remains a nearly ideal summary. 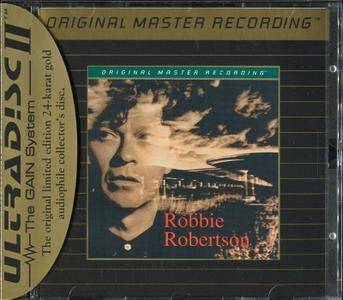 Robbie Robertson was once asked why he waited 11 years after the breakup of the Band to release a solo project, and he replied, "I wasn't so sure I had something to say." One can hear a bit of this thinking in Robertson's self-titled solo debut; it's obvious that he didn't care to revisit the country- and blues-flavored roots rock that had been his bread and butter with the Band, and at the same time Robertson seemed determined to make an album that had something important to say, and could stand alongside his legendary earlier work… 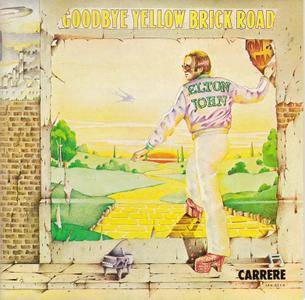 Goodbye Yellow Brick Road was where Elton John's personality began to gather more attention than his music, as it topped the American charts for eight straight weeks. In many ways, the double album was a recap of all the styles and sounds that made John a star. Goodbye Yellow Brick Road is all over the map, beginning with the prog rock epic "Funeral for a Friend (Love Lies Bleeding)" and immediately careening into the balladry of "Candle in the Wind." For the rest of the album, John leaps between popcraft ("Bennie and the Jets"), ballads ("Goodbye Yellow Brick Road"), hard rock ("Saturday Night's Alright for Fighting"), novelties ("Jamaica Jerk-Off"), Bernie Taupin's literary pretensions ("The Ballad of Danny Bailey"), and everything in between. Though its diversity is impressive, the album doesn't hold together very well. Even so, its individual moments are spectacular and the glitzy, crowd-pleasing showmanship that fuels the album pretty much defines what made Elton John a superstar in the early '70s. 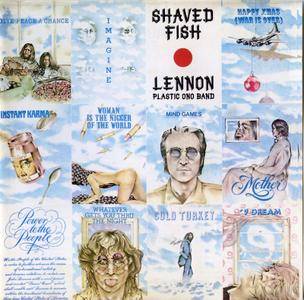 At the time of its release, Shaved Fish didn't attract as much attention as any compilation of John Lennon's work would have either a few years before or a few years after. Lennon had just issued the somewhat disappointing genre album, Rock 'n' Roll, and was only a year from Walls and Bridges, not one of his strongest albums, and had also grown somewhat stale as a public figure…