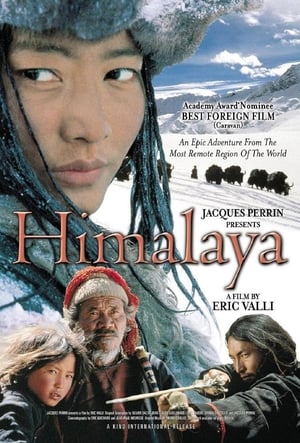 As the denizens of a Tibetan village prepare for their arduous annual trek to exchange salt for grain, the community's allegiances are split between aging chieftain Tinle (Thilen Lhondup) and rebellious young Karma (Gurgon Kyap). Tinle tries to maintain his clout and preserve obedience to ancient customs when Karma challenges the old man's power.
Adventure Drama
Details 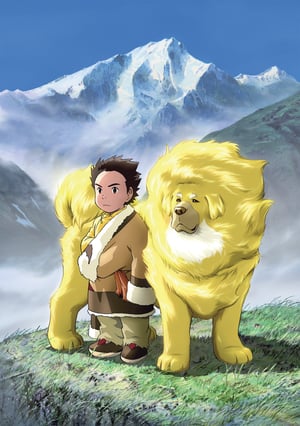 Jiantan is a young boy who has to leave Xi'an after the death of his mother to go deep into the Tibetan prairies to start living with the father he barely remembers. His dad, LaGeBa, is a busy doctor who decided to depart from the city and reside in Tibet where he is the essential physician of the poor community he lives in. To help his father, Jiantan has to learn how to herd sheep. While trying to learn his new responsibility, he is saved by a stray gold-colored Tibetan Mastiff. Both Jiantan and the big dog help each other as they try to adjust to this new environment.
Animation
Details 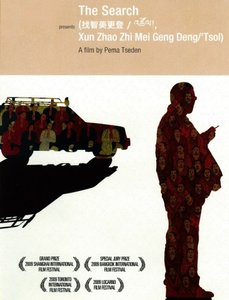 A filmmaker searches the Himalayas for an actor and actress to play the lead roles in his Tibetan opera. 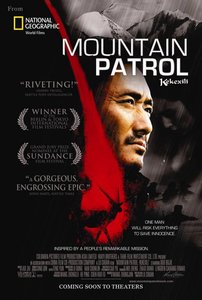 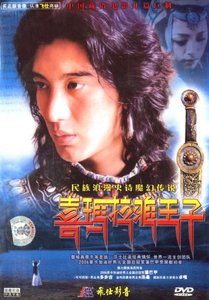 Prince of the Himalayas (2006)
DVDRip | AVI | 544 x 288 | XviD @ 831 Kbps | 101 min | 701 Mb
Audio: Tibetan MP3 @ 128 Kbps | Subs (idx/sub): English, Chinese
Genre: Drama
Set in ancient Tibet under the shadow of the Himalayas, the young prince Lhamoklodan learns of his father's mysterious death and returns to the Kingdom Jiaobo. Troubled by his mother's sudden remarriage to his uncle Kulo-ngam, he swears to find the truth of his father's death. His obsession of revenge overwhelms his spirit and shadows his love to Odsaluyang. When he points his sword at the new king, Queen Nanm finally tells her beloved son, Lhamoklodan, the true identity of his uncle. In the struggle to face his destiny and fight his demons, a new king is born.
Drama HDTV 2006 DVD-Rip
Details 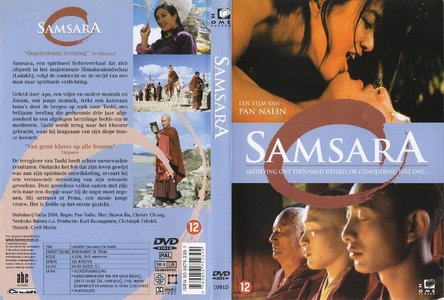 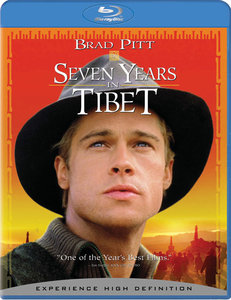 Seven Years In Tibet (1997)
BRRip 480p - TinyBearDs | MKV | 848 x 350 | x264 600kbps 23.976fps | HE-AACv2 64kbps 2CH | 136min | 648MB | 3% Recovery
Language: English (main), German, Mandarin, Tibetan, Hindi | Subtitle: English/Finnish/Spanish/Danish/Dutch/Polish Included
Genre: Adventure | Biography | Drama | History | War | Nominated for Golden Globe. Another 3 wins & 6 nominations
IMDb Rating: 6.8/10 (38,710 users)
After the death of 11 climbers, Austrian Heinrich Harrer (Brad Pitt) decides to add glory to his country and to the German pride by climbing Nanga Parbat in British India, and leaves his expectant wife behind. Egoist and a loner, he does not get along with others on his team - but must bend to their wishes after bad weather threatens them. Then WWII breaks out, they are arrested and lodged in Dehra Dun's P.O.W. Camp. He attempts to break out in vain several times, but finally does succeed along with Peter Aufschnaiter (David Thewlis), and end up in the holy city of Lhasa - a place banned to foreigners. They are provided food and shelter, and Peter ends up marrying a tailor, Pema Lhaki, while Heinrich befriends the Dalai Lama. He meets regularly to satiate the child's curiosity about the world, including Jack the Ripper and 'yellow hair'; in return he is exposed to teachings of Lord Buddha and even constructs a movie theater…
1990 DVD-Rip Drama HDTV Historical Action War Biography
Details 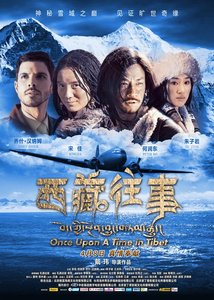 Once Upon A Time In Tibet (2010)
BRRip 480p - TinyBearDs | MKV | 848 x 478 | x264 600kbps 23.976fps | HE-AACv2 64kbps 2CH
Language: Mandarin, English, Tibetan | Subtitle: English Included | 97min | 463MB
Genre: Drama | Romance
At the beginning of World War II, American pilot Robert Smith is taking part in the effort to help China fight against the Japanese forces. During a liaison cargo mission from India to China, his cargo plane crashes somewhere in Tibet. Yongcho is a young single mother, and the tribe she belongs to is the descendant of the Evil Kingdom, which was conquered by the hero-Gesar King many years ago. Since her earliest age, she's been a castaway by her own tribe, because she is thought a "cursed woman" as an incarnation of evil. After surviving the crash, Robert tries to find his way back to his force, but the harsh elements are almost stronger than his will to survive: he finds himself snow-blind and finally falls in a faint in the blizzard. Robert follows the footprint of people and arrives at the tribe. Fair-haired Robert is regarded as a "monster" by the tribe. People think that the arrival of a stranger is considered another bad omen…
Romance Melodrama DVD-Rip Drama HDTV 2010
Details 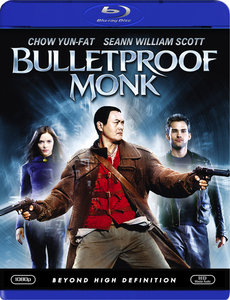 Bulletproof Monk (2003)
BRRip 480p - TinyBearDs | MKV | 848 x 360 | x264 600kbps 23.976fps | HE-AACv2 64kbps 2CH | 103min | 493MB
Language: English (main), Tibetan, German | Subtitle: English x 2/Croatian/Czech/Danish/Dutch/Serbian/Slovenian/Spanish/Swedish Included
Genre: Action | Adventure | Comedy | Fantasy | Thriller | 1 nomination
For 60 years a mysterious monk with no name has zigzagged the globe to protect an ancient scroll - a scroll that holds the key to unlimited power. Now the Monk must look for a new scrollkeeper. Kar is an unlikely candidate, a streetwise young man whose only interest is himself. But when he inadvertently saves the Bulletproof Monk from capture, the two become partners in a scheme to save the world from the scroll's most avid pursuer. Packed with spectacular special effects and martial arts action, the Monk, Kar, and a sexy Russian mob princess called Bad Girl must struggle to find, face, and fight the ultimate enemy.
2000 DVD-Rip Fantasy HDTV Adventure Action Comedy Thriller
Details 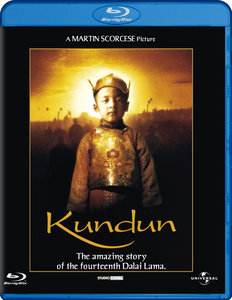 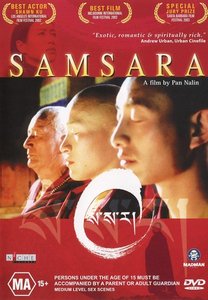 Samsara (which mean "the world") is an epic of spiritual and sensual romance set in the majestic landscape of Ladakh, in the Himalayas.
Tashi, a Buddhist monk who emerges from three years of solitary meditation returns to his monastery where his revered for his discipleship. On Tashi's return and despite a life devoted to the rigors of spiritual development, he finds himself experiencing a profound sexual awakening and a strong attraction to a beautiful woman Pema. When faced with this unexpected awakening of his human desires, he questions the spiritual values of his monastic existence. And decides to opt out of the monastery for the secular work.