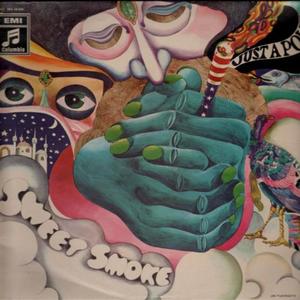 Just A Poke is the 1970 album by American psychedelic band Sweet Smoke. By the time they began as a band, they decided to move to (West) Germany and attempt to make a name for themselves, which allowed them to be called a Krautrock band. This is a hi-res vinyl rip done in 24-bit/96kHz and comes from the German pressing.